We deliver a full, in-house service we’re able to provide press braking solutions, offline programming and hard forming for clients no matter what stage of a project they are at when they come to us. Advanced plans can be utilised immediately or our CAD/CAM technicians are on-hand to draw up plans from initial concepts.

The press brakes we use in our purpose-built facility are TRUMPF’s V Series hydraulic CNC press brakes. These are recognised globally for delivering flexible, efficient and effective part bending. Features such as a unique die shifting capability, intelligent 6-axis back-gauges, and optional ACB ® (Automatically Controlled Bending) help to make the V Series the press brakes which industries around the world turn to when they want nothing but the very best. Here at Radshape, we’re able to form up to 130t over 3m. 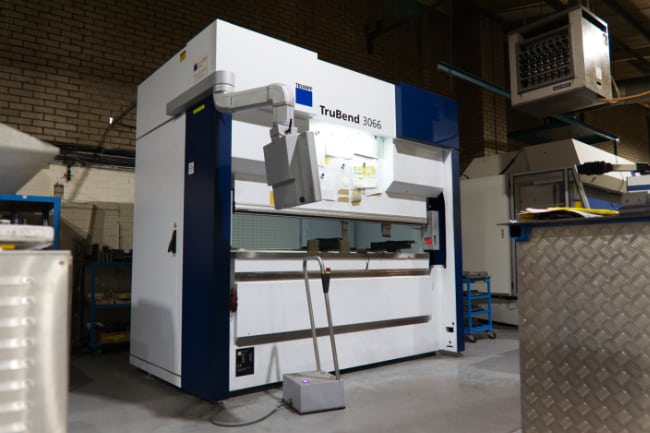 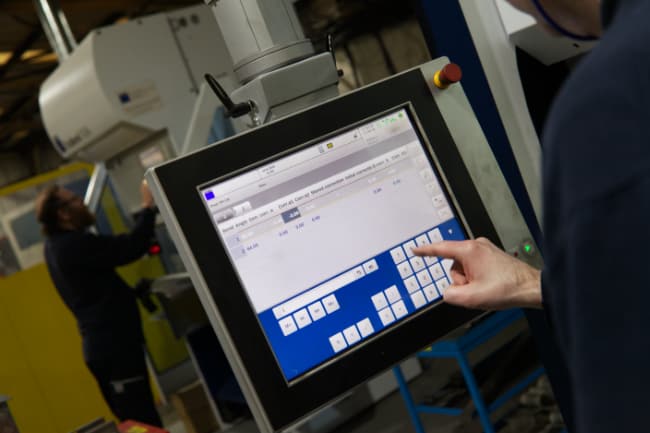 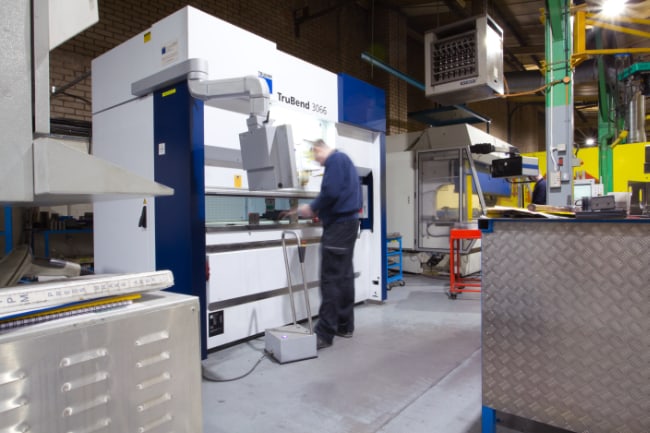 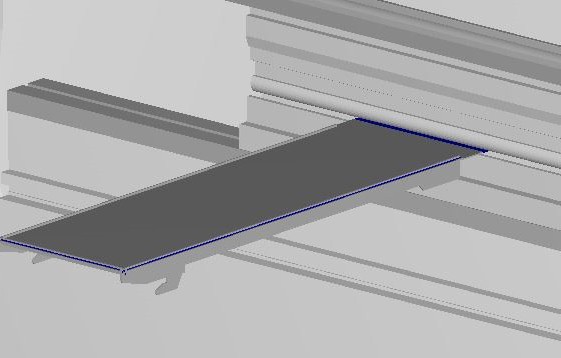 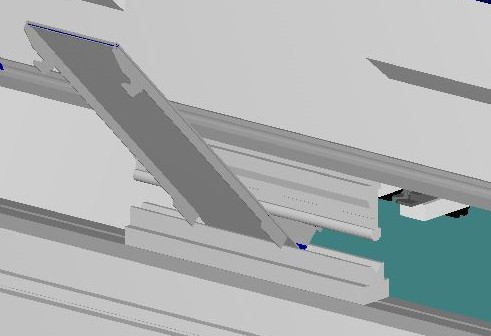 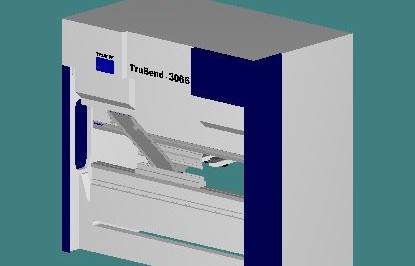 What is Press Braking? and how to Press Brakes work?

Press Braking commonly referred to as metal forming is a way to fashion products by reshaping them without discarding any existing material or adding extra parts. The metal is plastically reshaped by a force that exceeds the material yield strength where strain hardening occurs.

A Press brake is a machine that clamps metal sheets or coils of steel to form shapes. They can be manually controlled or CNC (Computer Numerical Control) and are generally made from high alloyed, heat-treated steel to optimise its resistance to wear and low cycle times.

During the metal forming process, sheet metal is loaded into the machine, and with the use of hydraulic or mechanical power, the upper die is lowered in order to push against the metal. The machine is then halted into position for around five to fifteen seconds so the material can forge into position. Once that is complete, the machine lifts and ejects the formed piece, allowing for a new sheet of metal to be loaded in place.

Press Braking is capable of producing parts at a significantly lower cost than manual operation processes like punching (especially when the quantity is high). Press braking can produce finished pieces much faster, especially when work-pieces require multiple steps in different operations. Press braking also requires less human interaction than other production methods because the machine itself performs the majority of the work involved in forging press brake parts.

What is the purpose of Metal Forming using a Press Brake Machine?﻿

Press Brakes are used to create shapes out of metal that requires extreme forming methods like deep draws and bending angles other methods cannot fully achieve. Press brakes can apply up to millions of pounds per square inch of pressure on the metal depending on the material being formed, allowing for extremely tight tolerances on difficult or under-supported shapes as well as those with heavy curves.

How Accurate are Press Brakes?

Press brakes have a high accuracy of up to ±0.025mm of a millimetre.

The process is accurate even when forming complex shapes with holes, tapers or unusual contours that would be more difficult for full-forming techniques. Press brake machines allow the operator to produce high-quality components which conform precisely to specification drawings by scanning them into numerical controllers.

What is a Die in Press Braking and which do Radshape use?

Dies in Press Braking serve as the tooling for the Press Brake machines because they are what actually presses down on the material to form it into its desired shape.

The V-Die is named for its shape which forms the inside of the bend. It has two sides that are connected by a point at one end and it resembles the letter V when looking at the side view of it.

The upper die pushes against the lower die which is a complementary shape to the V-Die. This forces the sheet metal to bend up and around the V Shape, creating a bend. This Die not only forms bends but allows for complicated angles to be created when Press Braking.

Radshape commonly use a range of V-shaped dies to achieve a variety of bend angles, with a number of different materials.
Contact us today to find out how our Press Braking service can help shape your sheet metal.