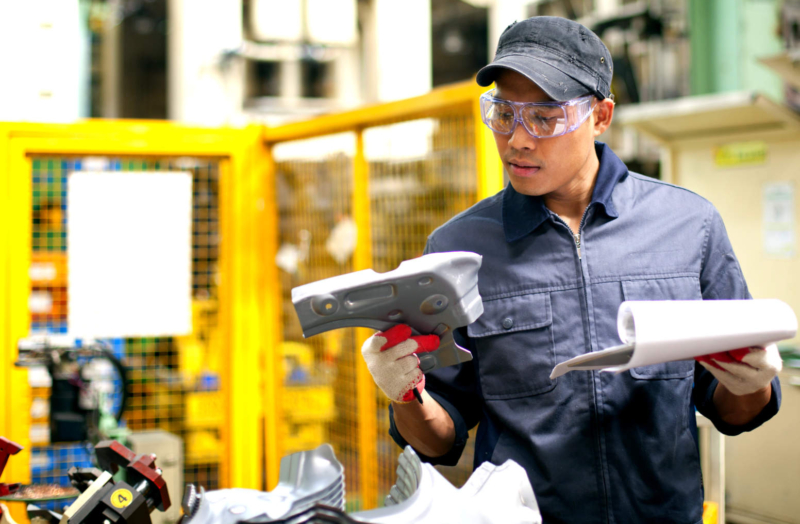 What is Quality Control?

Quality control involves putting in place measures to ensure that components consistently meet certain standards and specifications. Manufacturing companies use a range of different inspection processes to check that there are no mistakes made throughout production. PPAP, PSW and ISIR are some of the quality control processes that are commonly used.

PPAP, PSW and ISIR: What are they?

PPAP stands for Production Part Approval Process. Within manufacturing, it is popular to outsource parts from other suppliers. These parts must meet your specifications. A PPAP quality control process can be used to ensure that none of your parts is faulty or unsuitable for use. This process is typically carried out before production begins.

PSW stands for Part Submission Warrant. It is part of the PPAP process and usually involves a supplier giving evidence that they will be able to meet certain demands such as delivery date, a specific production rate and a certain quality of manufacture. In other words, PSW quality control involves making sure that the supplier is doing their quality control checks. This helps to create a double barrier against mistakes.

ISIR stands for Initial Sample Inspection Report. When producing a series of products or components, many manufacturers will start with a practice batch known as an ‘initial sample’. ISIR quality control involves testing this initial sample to make sure that it meets specifications. After this, a report is sent to the client to prove that the product/component is ready to go into series production.

The importance of PPAP, PSW and ISIR

It’s easy to look at PPAP, PSW and ISIR as unnecessary extra admin. However, these quality control processes can save manufacturing companies and their clients a lot of money (and hassle) by helping to spot mistakes early.

Failure to spot mistakes early could result in an entire series of flawed components or products being produced. Such flaws could be very costly to put right - a manufacturer may have no choice but to produce an entirely new series, resulting in extra materials and energy being used. It could also be damaging to the reputation of all companies involved in such a flaw that is only discovered once the product goes to market. The worst-case scenario could be having to recall thousands of products because a manufacturing mistake has caused someone harm, potentially resulting in a costly lawsuit and bad press.

All in all, quality control processes such as PPAP, PSW and ISIR are precautionary measures that can prevent a small error early on from snowballing into a huge disaster at a later stage. Even if mistakes are rare, it’s worth guarding against such mistakes to avoid a future calamity.

What could quality control processes do to improve your component outcome? Click here to read which processes will provide the highest quality result for your component.